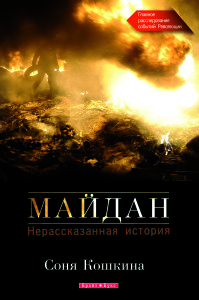 A lot has been said and written about heroism of ordinary Ukrainians, owing to whom the Revolution of Dignity became possible. Even more will be said and written, because they deserve it. However, before this book was published, we did not know as much about what was going on in the offices of those in power: both the protagonists of the regime of Yanukovych, and the opposition at that time.

Many thanks to #Babylon’13 for producing this booktrailer.